Playlist for 45 POUNDS (MORE OR LESS)

This playlist was originally posted on Stacked on December 26, 2012.

A novel set in the summertime with parties and dance lessons and a wedding, 45 Pounds (more or less) has a playlist. These songs either play a part in the novel itself or might play in the background.

Ann’s aunt Jackie wants all the women she loves to dance together at her wedding, so she forces everyone to take dance lessons. The main dance they want to learn is:

Ann is less than thrilled.

The Knees’ annual Fourth of July bash is a major event, and anyone who’s anyone is there. Ann’s never been invited before, but this year is different. These two songs kick off the festivities:

“Get the Party Started” by Pink

“Let’s Get It Started” by The Black Eyed Peas

Aunt Jackie and Chris have their first dance at the wedding to:

“Marry Me” by Train

These songs bring everyone to the dance floor, dancing like nobody’s watching, or taking pictures:

“We Are Family” by Sister Sledge

45 Pounds is not just about Ann’s weight loss and fitting into the perfect dress. It’s also about family, and understanding that people aren’t always as they seem. One of the moments that Ann realizes this is when she’s dancing with her step-father to this song:

Ann is really insecure, but a certain cute guy sees beyond that. Whenever he hears these songs on the radio, he thinks of her:

“Just the Way You Are” by Bruno Mars

“What Makes You Beautiful” by One Direction

Yes, 45 Pounds has an element of romance.  However, for Ann, falling for a guy involves more embarrassing moments that would fit better on YouTube than in a cheesy, falling-in-love movie montage.

Everyone dreams of being beautiful, but few feel like they really are. This last song is for readers. May you always feel as beautiful as I think you are, regardless of size.

Rockin’ Out Under the Sea with THE NEPTUNE PROJECT

What would be part of a playlist inspired by THE NEPTUNE PROJECT? My first reaction is: “Under the Sea,” from THE LITTLE MERMAID. Hey, I work for Disney now, and the lyrics, “Darling, it’s better down where it’s wetter, take it from me,” fits the future of my young characters. Nere and her friends are forced to give up their lives on land to survive in the sea. Eventually they do adapt and begin to build a community under the waves.

But it’s not an easy or safe task, so now I’m imagining the low, ominous notes to JAWS playing. My characters do have some very scary battles with sharks and giant squid. 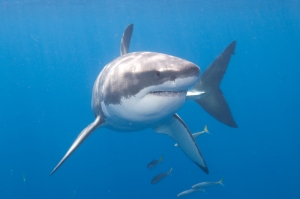 Finally, “Never Let Me Go,” by Florence and the Machine sounds like sea music to me, and the lyrics, “And I’m going under, but I’m not giving up! I’m just giving in…” make me think of a harrowing moment in the story when her mother forces Nere under the surface to make her breathe water into her lungs for the first time.

But the very best playlist for THE NEPTUNE PROJECT would be composed of real sea music. If you go to my website, http://www.pollyholyoke.com, you can click on links to sites where you can hear dolphins whistle and saw, and humpback whales sing!

I always listen to music while I write.  With CONTROL, the playlist changed and morphed, but a few pieces stayed and had a lasting impact on the feel of my story. Needless to say, Chester Bennington was a huge, HUGE inspiration. I tried to refrain from having nothing but LP on this list, so here goes!

Leave Out All The Rest, by Linkin Park

These lyrics made me think of Zelia’s father:

When my time comes

Forget the wrong that I’ve done

Help me leave behind some

Reasons to be missed

Feel, by the House of Love

This is an old college favorite of mine, but that aching feeling of impending loss is incredible. Also, the opening lines are so ominous!

It comes to you

And whatever you say

It was in his eyes

Okay, so I *think* this song is really about divorce, but these lyrics made me think of the relationship between Zel and her Dad:

But you send your thieves to me

Dragging me into your war

Other Side of the World, by KT Tunstall

These lyrics kind of kill me:

Can you help me?

Can you let me go?

And can you still love me

When you can’t see me anymore?

Waiting for the End, by Linkin Park

An instrumental decision that Zelia has to make is reflected in these lyrics:

I know what it takes to move on

I know how it feels to lie

Thanks for listening! I hope you play some of these songs if you read the book someday!